It’s a Labor Day Weekend tradition to head to Seattle for this amazing 3-day festival. There is always music for all styles and ages, and the weather could not have been more perfect. 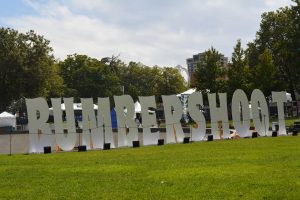 Bumbershoot is spread out at The Seattle Center with several stages. The app helps you find artists and stages.

Australian artist Alex Lahey and her band had a great time on the Mural Stage.  Her group had some great energy.

Matt Maeson shared a great acoustic set. I heard both a mother and daughter read his bio and decide to check his music out. 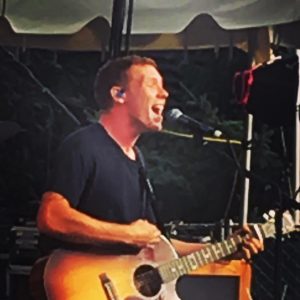 Other great performers included Flora Cash, Morgxn, The Lumineers, and dozens more. Jai Wolf played only a partial set, as a barricade with about 3,000 people up against it collapsed. Several fans were taken to the hospital. I was thankful to not be in the photo pit at that moment. 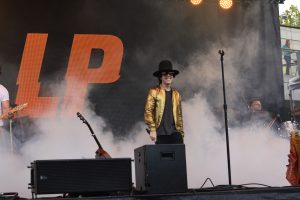 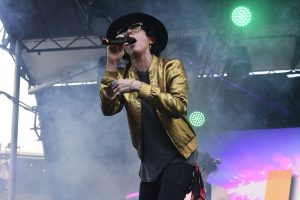 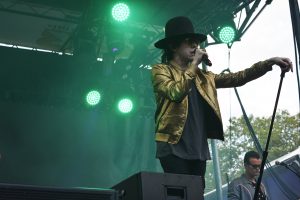 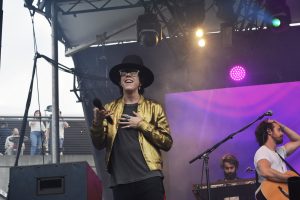 LP’s management had set up an interview and cancelled last minute. It was more devastating news after hearing that Lizzo was not going to show.  Caught her set anyway.

In the short 20 minutes or so that LP played, she had the audience wound up with energy. Someone threw her a free brand new boxed ukulele. She had interpreters dancing and signing every song.

We had LP in studio years ago, guess we’ll wait until next time to catch up with her.

We did however, go backstage and met up with Rival Sons guitarist Scott Holiday.

Backstage was really cool, all the artists had separate tent areas and you could hear many doing vocal exercises and practices. I hung out a while near the artist hair salon area that I didn’t know existed. While I caught up on some media stuff, Carlie Rae Jepsen (Call Me Maybe) looked up from her laptop and smiled. I was great to hang out back there and watch the food being catered in, and try samples of salted caramels. 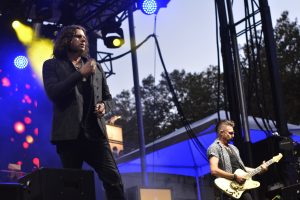 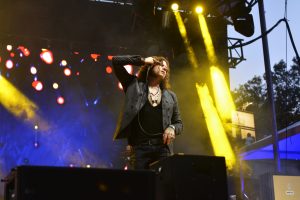 Is there a how-to book or website on sexy rock star poses? If so, Jay from Rival Sons wrote it! 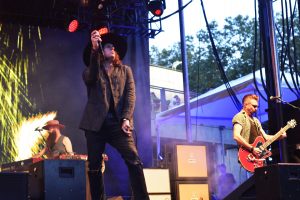 Learn about their upcoming Black Sabbath tribute, and more. The band Blue Stones was playing while we did this interview. Check out the Rival Sons podcast, here!

They visited our sister station 100.3 The X a few years ago.

Make Bumbershoot a part of your 2020 Labor Day! There is music for all ages and many styles. They also have art, comedy, drag, performance art, and an amazing food court.

Fall is In the Bag qualifiers will be taken on air tomorrow morning with Ken and Deb. The VIP finalist party is 9/5 at Hook and Reel.

Our next and final Boise River Cleanup will be September 14th. Meet up 10-11 a.m. at Marianne Williams Park. 11-1 is the after-party at Lucky 13. It is where we will give away the Leinenkugel’s canoe full of brew! 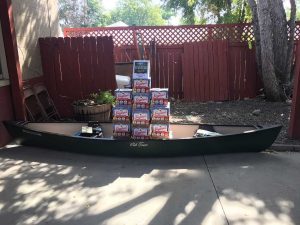 I met my friend Sonya Reyes Rosario at a film group meeting of “Boise Cutters” years ago. She has worked so hard on her film, Sofa Diaries. Make sure to get tickets to her Flicks preview 9/14! We will have an interview with Sonya Reyes Rosario and Cherie Buckner Webb the week of the movie.

The countdown is on for Treefort Music Fest! You’ll be able to get a locals-only deal at The Record Exchange!